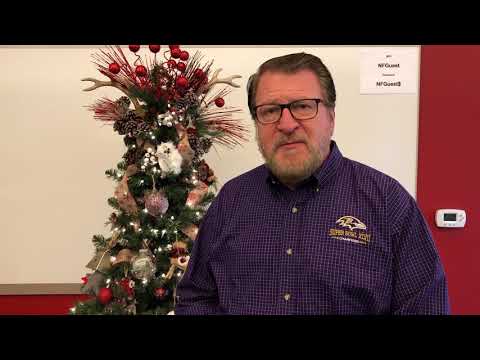 
Sullivan school officials: Fake football grass may be on way in, fake school rumors on way out

Those include a rumor the new school won’t have a football field at all. But not only does West Ridge have a football field, field house and other outside facilities under construction, school system officials said Monday it may have artificial turf. And the only other county high school that is remaining open also may get fake turf, too, they said.

School officials said the new Sullivan East Middle School is on track to open in January, with a ribbon cutting set for 10 a.m. on Dec. 17, open houses for the community later in the month, a teacher work day Jan. 6 and the first day for students Jan. 7. It will serve nearly 700 students currently at Bluff City and Holston Valley middle schools and the middle school portion of Mary Hughes, a K-8 school in Piney Flats.

WHAT IS THE ARTIFICIAL TURF NEWS?

During the retreat Monday at the Niswonger Foundation Learning Center in downtown Greeneville, Cox and board Chairman Michael Hughes confirmed that school system officials are looking at the possibility of artificial turf for the new West Ridge High School, set to open in August 2021, as well as at Sullivan East High School. Area high schools including those in Kingsport, Johnson City and Elizabethton have artificial turf.

In addition, board members talked about plans to put together a five-year capital improvement plan that will be part of the strategic plan the board will be updating in coming months, including renovation and retrofitting of Sullivan Central and Sullivan South high schools into middle schools.

Board Vice Chairman Randall Jones said South and Central may need more immediate attention, possibly starting with projects next summer. South opened in the fall of 1980, East in late 1960.

HOW ABOUT NEWS ON FAKE NEWS?

The board also talked about ways to counteract false rumors and social media postings, such as the hubbub over drone images shared at the school board meeting of alleged sink holes on the West Ridge construction site that turned out to be blast pits made to get proper footings for the building.

In addition, board member Randall Gilmore said he recently got questions from folks upset the system allegedly would be playing all its sports events at the Central property. Confusion over the athletics facilities came from the school system using a different pot of money to pay for the outdoor sports facilities than its share of a $140 million in capital bonds the County Commission had issued.

Cox said the system needs to do more social media postings, and Hughes and Jones said they want to look at putting funding for a public information officer in the 2020-21 budget, paid partly with $25,000 available when the system ended a marketing/public relations contract. Grissom, who facilitated the meeting, said a system the size of Sullivan County has enough work for a full-time person to handle news releases and media questions, not to mention social media and maybe help with the system website.

WHAT ABOUT OTHER MATTERS?

Board member Mark Ireson mentioned the lack of a new pool at the new high school, with the plan for the West Ridge Wolves swim team to use the existing pool at Central, some three miles away from West Ridge, and the Aquatic Center in Kingsport.

In addition, the plan is for general building trades classes, including ones that build tiny houses, and the cosmetology program to remain in the career technical education wing of Central. A pool would cost about $5 million, while Cox said the vocational wing at Central includes space to accommodate tiny house construction not available in the new school.

Students from the current North High zone, which has no cosmetology program, the South zone and all or part of the Central zone are to attend the new 1,700-student West Ridge High. A few Central zone students may be rezoned to East High.